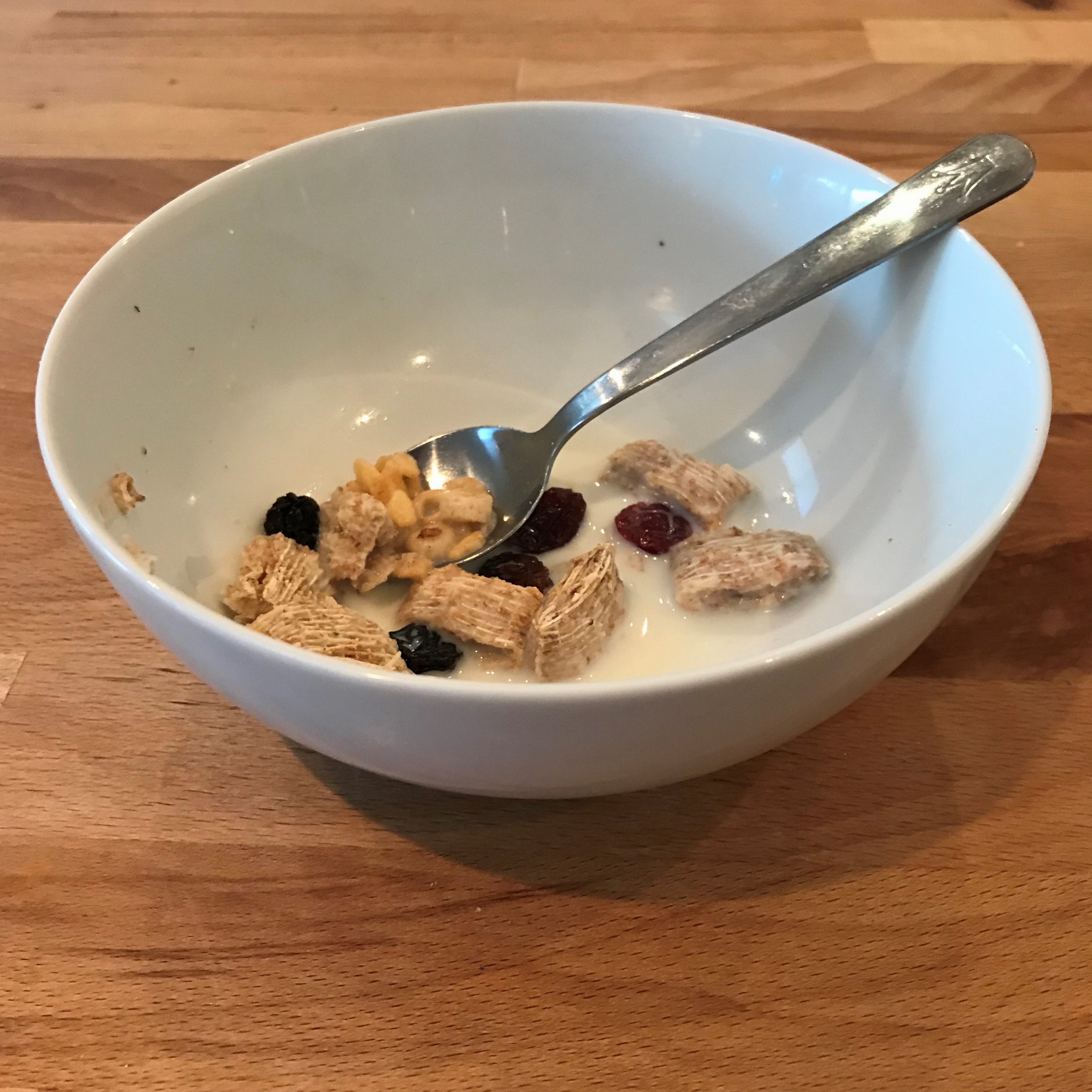 Have you ever found yourself thinking ‘just one chip won’t hurt’; ‘it’ll only go in the bin otherwise’; ‘I spent ages making that, I don’t want it to go to waste’. As parents, many of us spend a significant part of our days thinking, shopping, preparing and serving food to our little darlings. When faced with dealing with what is left behind after the whirlwind that can be kid’s mealtimes, it can be really tempting to pick at the remains. You may have worked really hard making a complicated dish and can’t bear to throw away the evidence of your hard labour; that lonely sausage might just look so inviting; or lunch may seem a distant memory, your meal time is hours away and you just can’t wait.

I see so many mums finish off their child’s breakfast cereal, help themselves to chips or just eat the entire remains of an unfinished meal. Can this really be worth it? Do you really need it? Don’t you deserve more than your child’s leftovers?

One piece of advice I’ll never forget was from my mother-in-law when weaning my elder daughter. I’d cooked a lamb stew just for her, but she didn’t like it and refused to eat it. All I could think about was how much effort had gone into preparing that tiny dish, only for it to be dismissed without a second thought. Well if she won’t eat it, I will. I hate wasting food. It feels so wrong to put any quantity of unwanted food in the bin. So, there I was, tucking into the remains and my mother-in-law simply said ‘don’t eat the leftovers. Just put it in the bin. You’ll regret it if you do.’ And it was true. Whenever I haven’t been able to resist picking at my child’s leftovers, it has put me off my next meal, and I had wished I had just thrown it in the bin. Apart from anything else, it is unhygienic. Children pick up lots of bugs from school/nursery, eating something that they have slobbered all over can’t be a good idea.

It might be tempting to think, I ate quite a lot at kid’s tea time, I’m not hungry now, so I don’t need an evening meal. But did you eat any veg or protein, or were you just picking at a few tasty bits? This is unconscious eating. You are using your mouth the same way as you would a dustbin, just somewhere to put the leftovers. Unfortunately, leftovers do contribute calories, but they rarely constitute a balanced meal. You might not register that you ate anything at breakfast time, when actually you polished off half a bowl of your child’s leftover cereal without even realising it, then think you deserve a pastry half way through the morning. As hard as it can be in the morning amongst feeding time at the zoo, find time for yourself. Prepare a healthy, tasty breakfast that is yours and savour it. Then throw those soggy Cheerio’s in the bin! If you like them so much have a fresh bowl all to yourself.

A way around this issue is to plan your meals for the same time as the children. Make a little bit extra and have a proper balanced meal together. Or if you can’t face eating your main meal so early or want to wait for your partner to get home, then prepare the same meal for you to have later on, so that no matter how tempted you are, you can say to yourself, that looks delicious I’m looking forward to eating that later, and maybe have a healthy snack when they’re eating instead, if you are really that hungry. Also, if you prepare a dish that the whole family can enjoy (albeit at different times), rather than cooking something specifically for the children, then you won’t feel that your efforts have been wasted if they don’t eat it.

If you’re eating the leftovers because you feel like you are doing your bit to fight food waste, then you’re just kidding yourself. If you finish the scraps it probably just means that you have provided just a little more than they need in the first place. In which case, serve smaller portions and refrigerate/freeze any untouched leftovers for another day. If a child doesn’t eat much, they may come back to it when feeling hungry later on…provided you haven’t eaten it!

We are surrounded by temptations. If you make it through the day resisting a brownie here and a packet of crisps there, don’t give in to your child’s leftovers. Have your own meals and save the indulgence for something that’s really worth it.